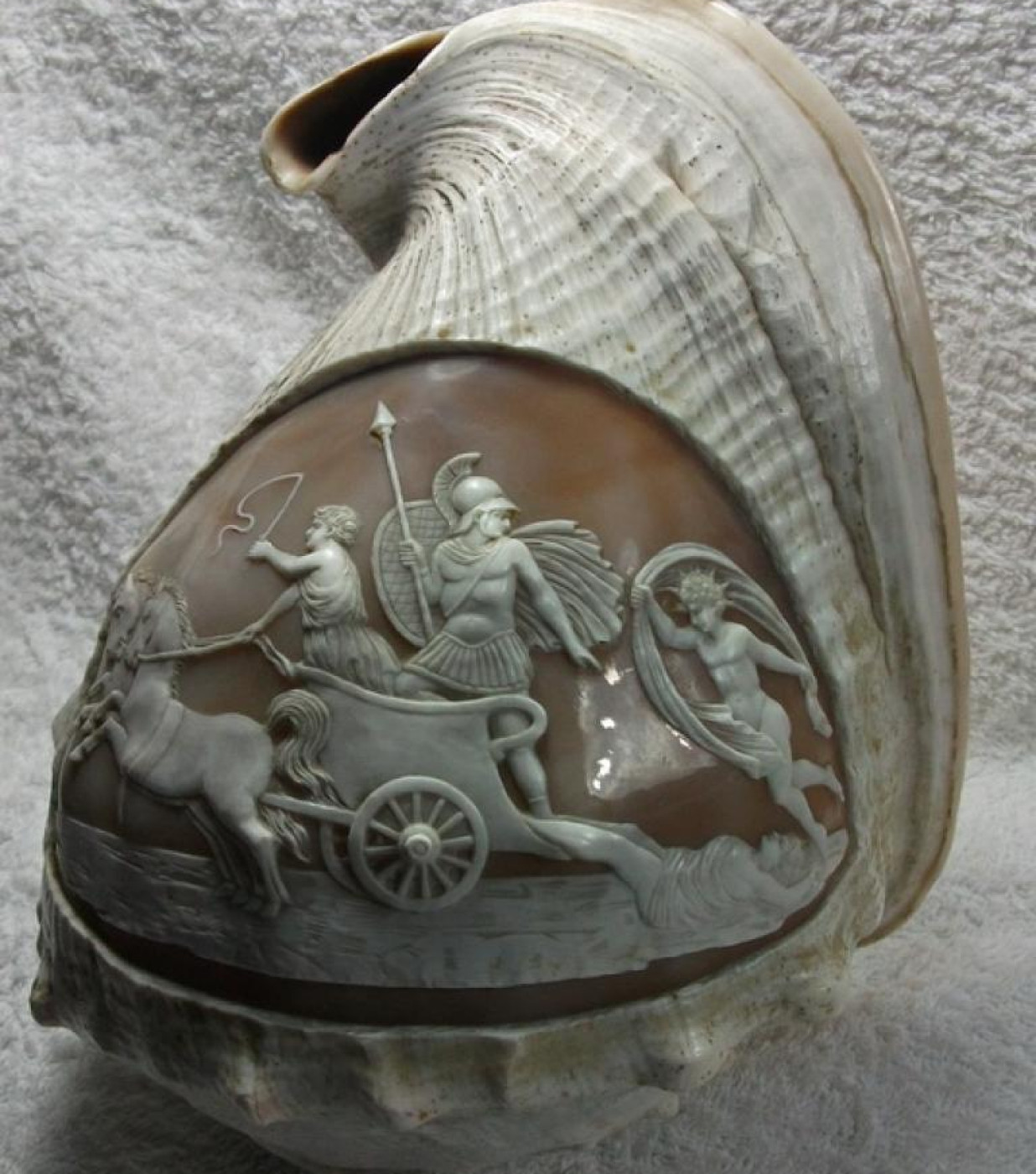 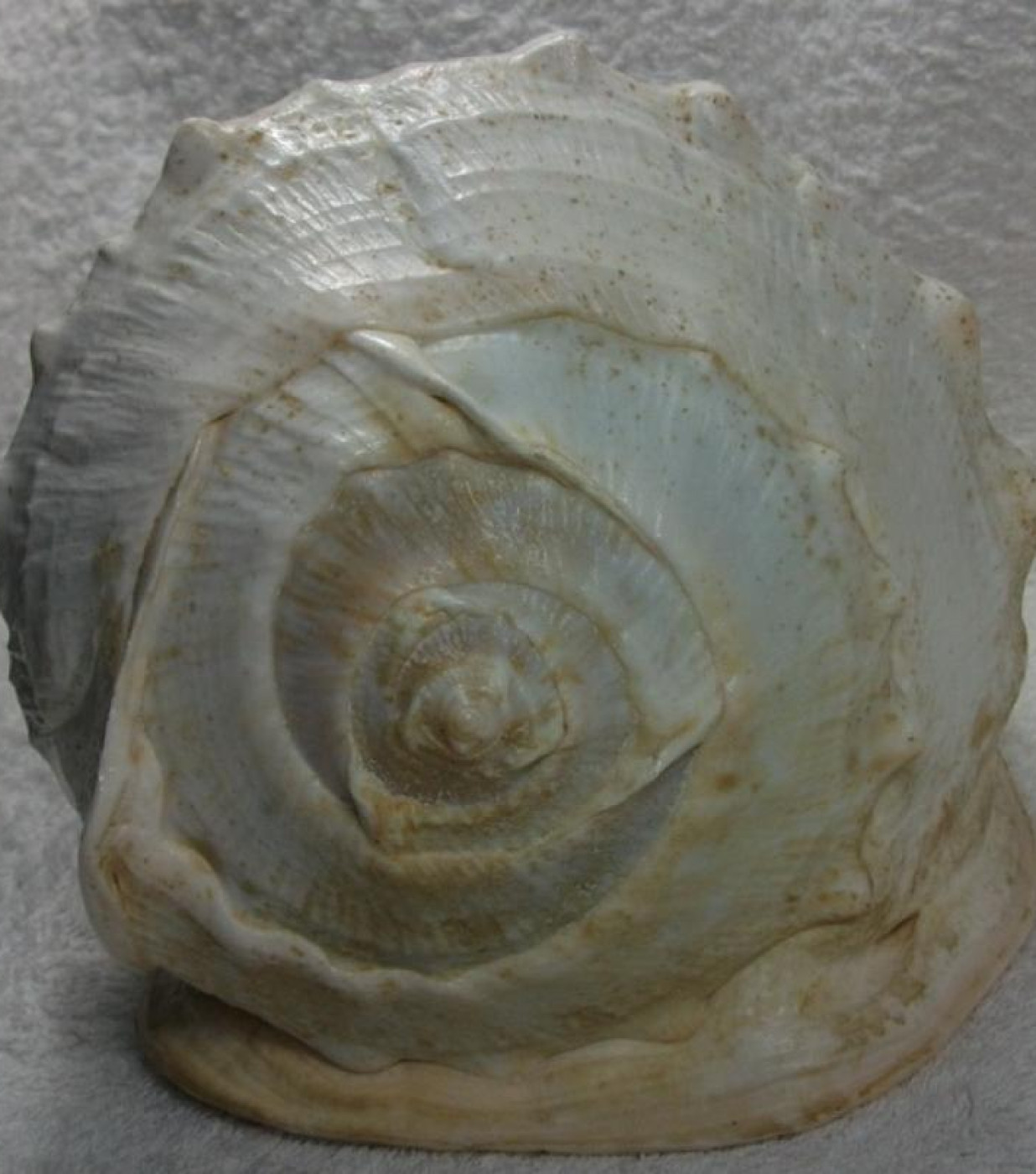 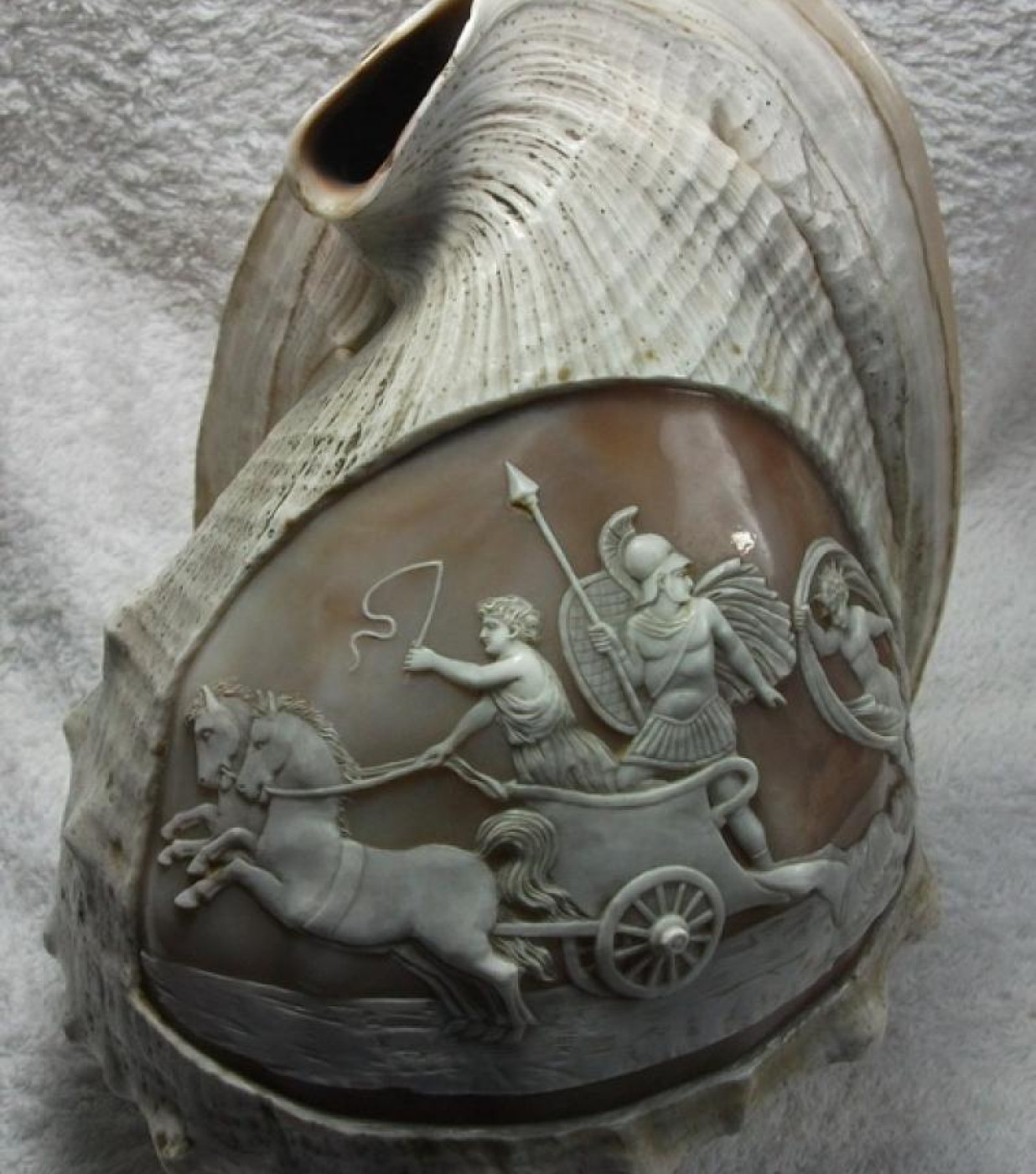 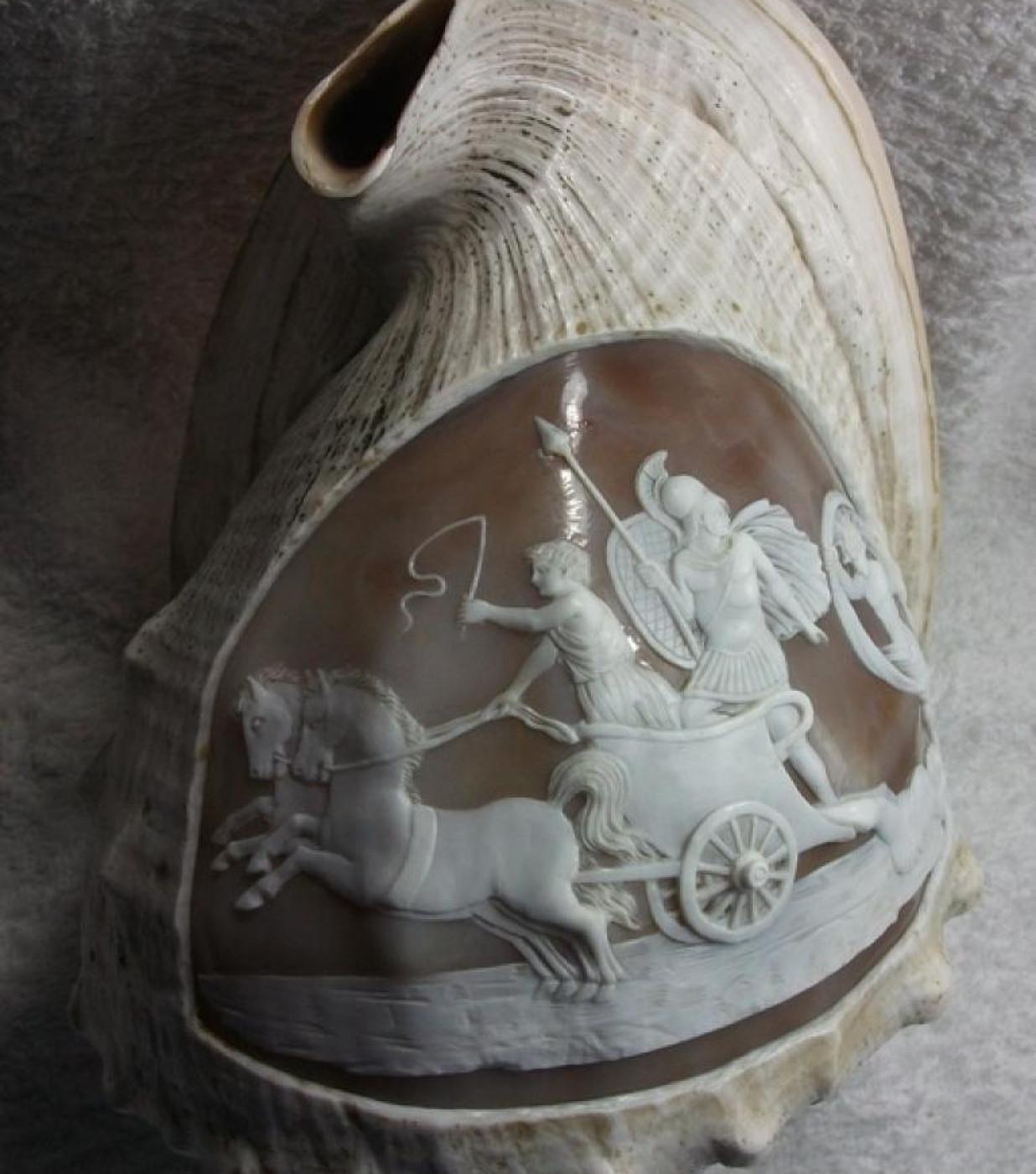 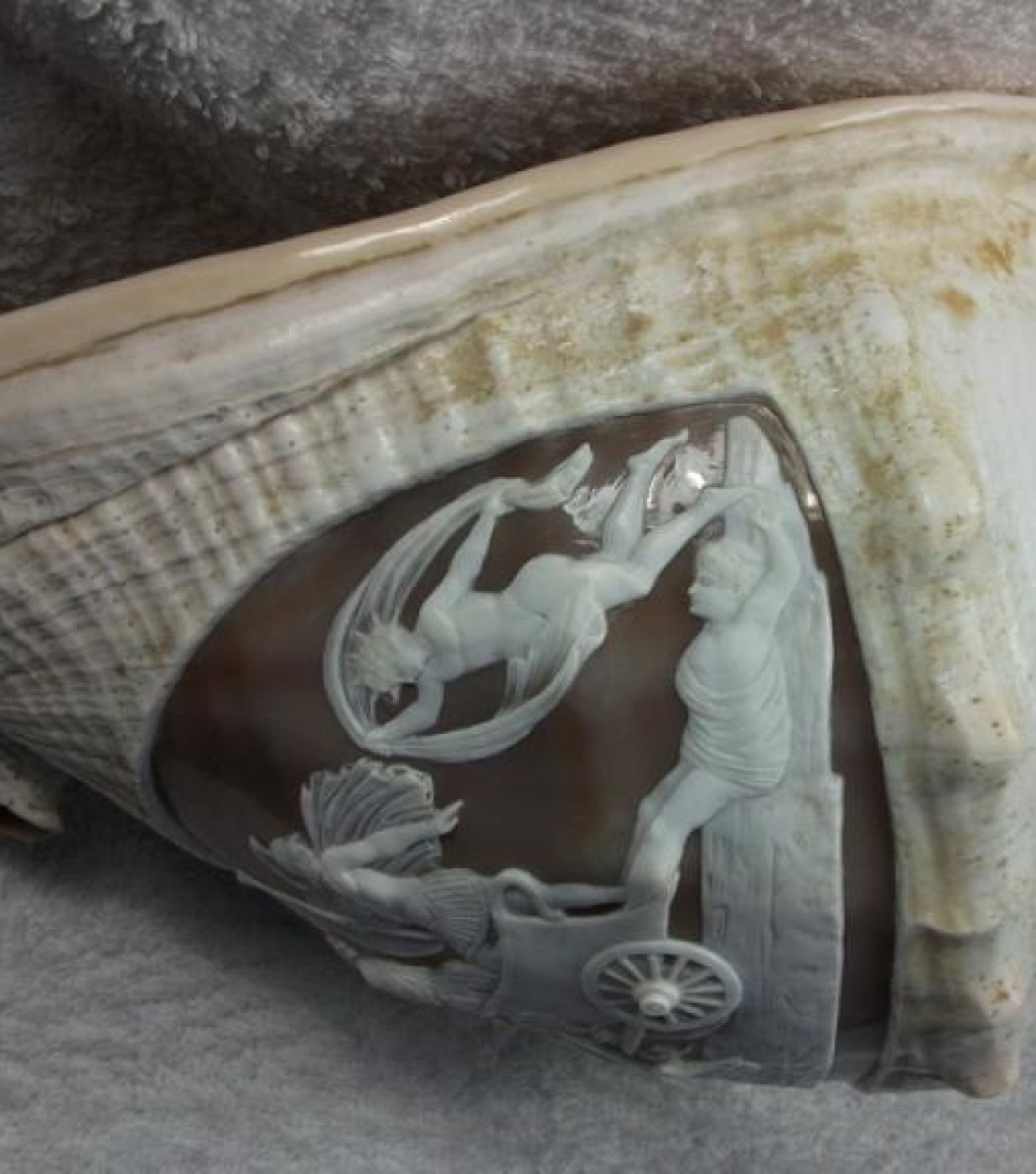 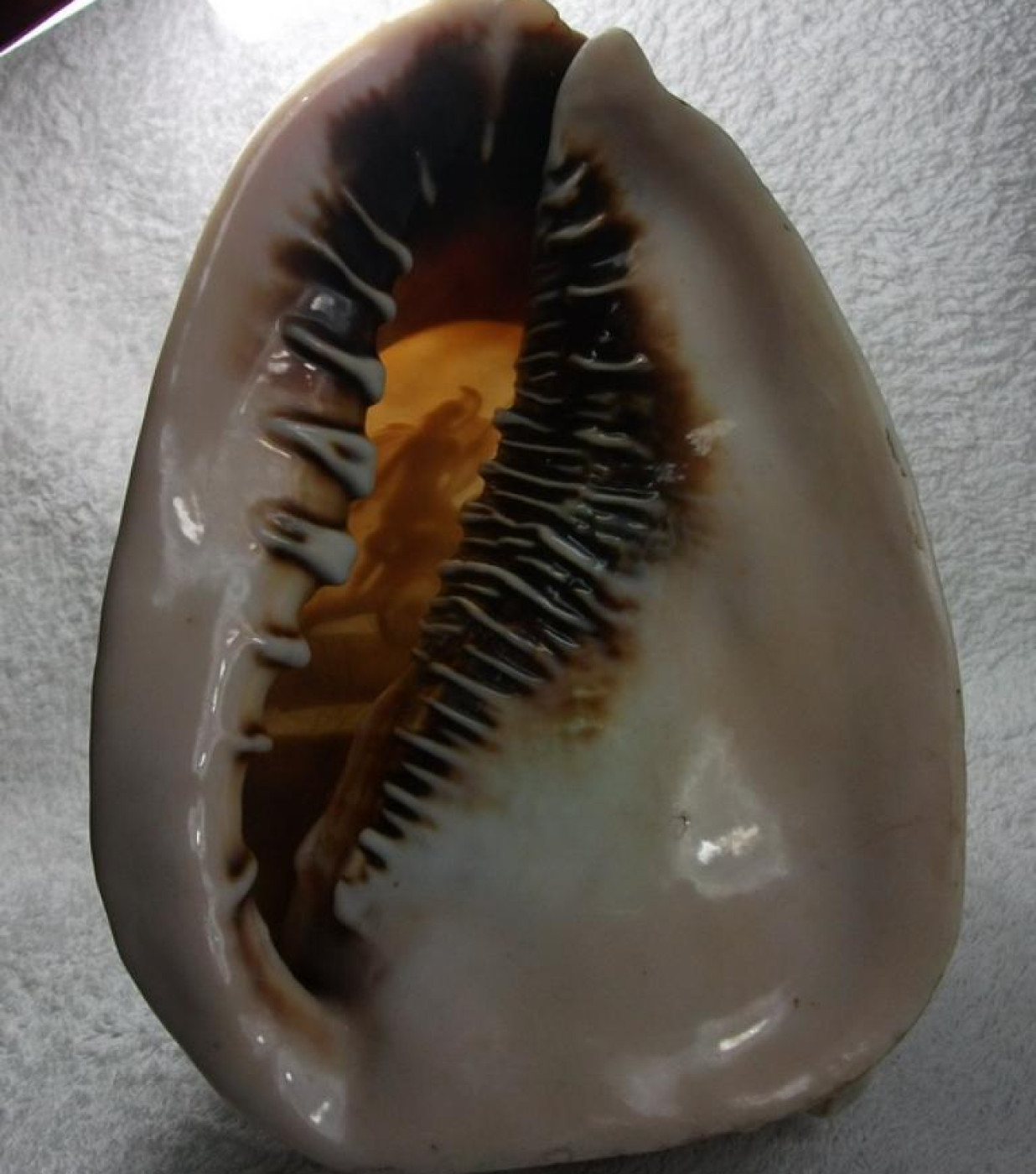 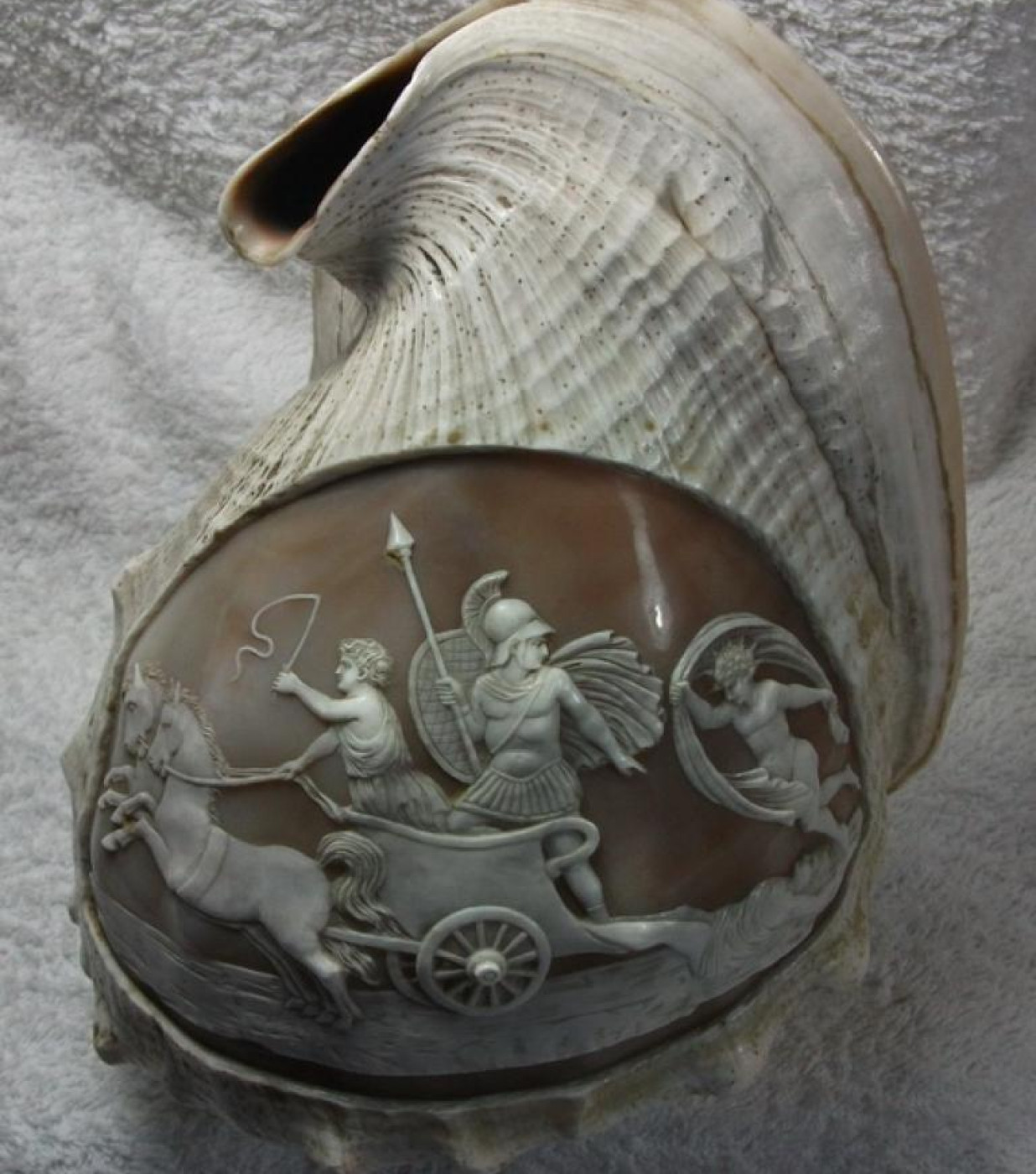 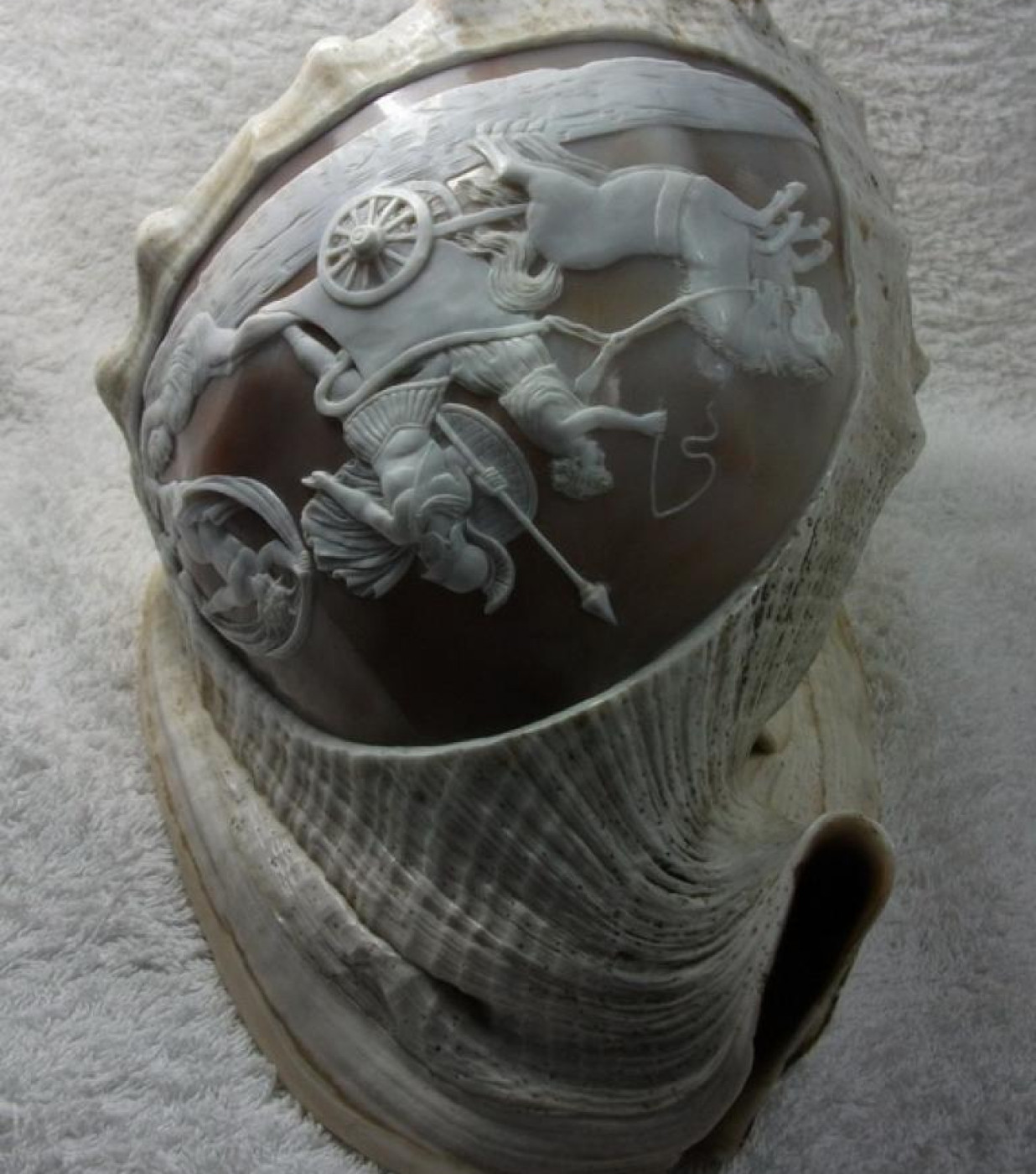 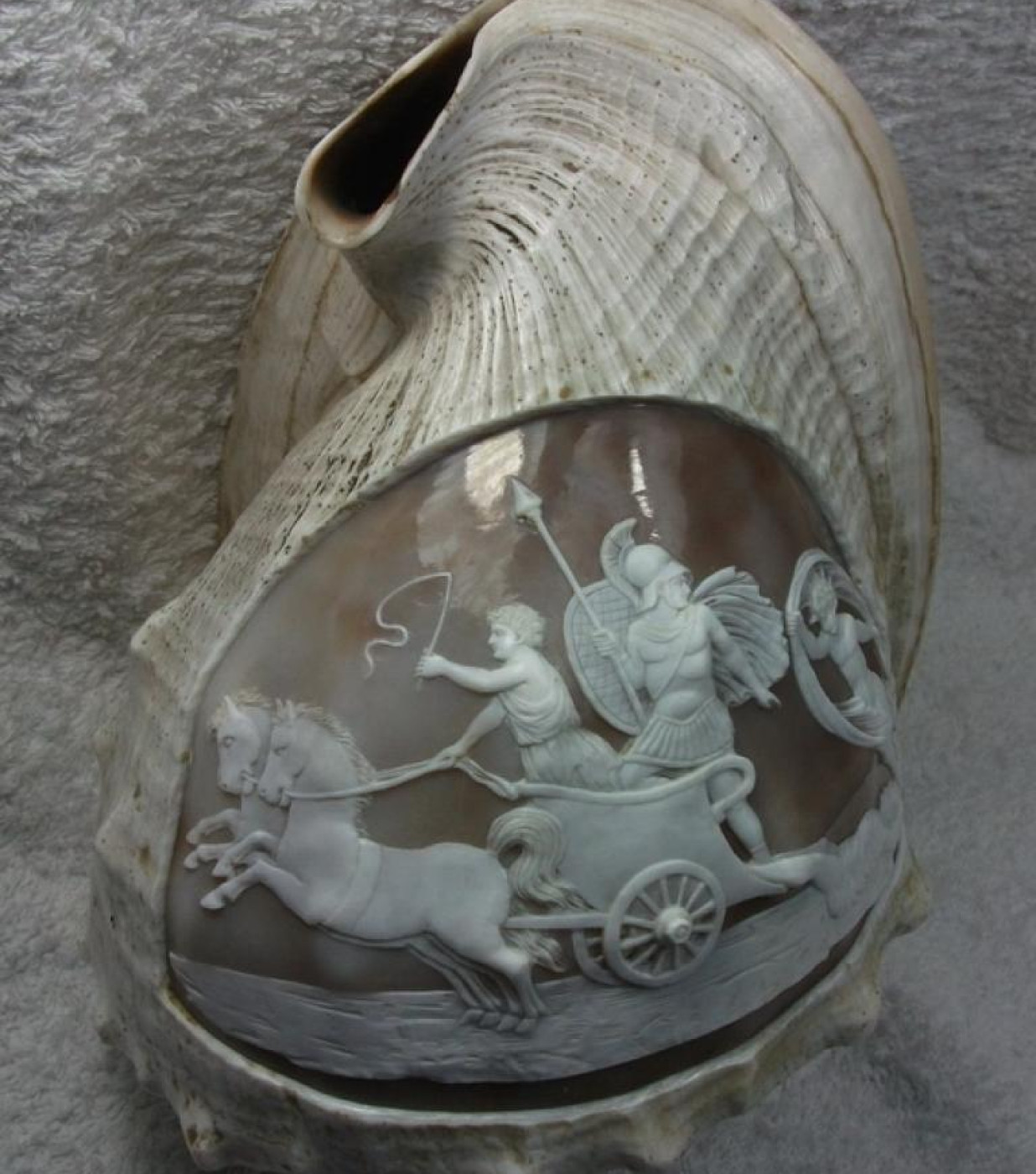 This one is a Museum Quality carved shell cameo depicting a more than rare subject, Achilles dragging the body of Hector. Simply fantastic. Achilles, during the Trojan War, killed the enemy Hector. After his death, Achilles slits Hector's heels  and then fastens the girdle to his chariot and drives his fallen enemy through the dust to the Danaan camp. For the next twelve days, Achilles mistreats the body, but it remains preserved from all injury by Apollo and Aphrodite. So the flying figure is the God Apollo, in Hellenistic times, especially during the 3rd century BCE,  Apollo Helios  became identified among Greeks with Helios, Titan god of the sun, and his sister Artemis similarly equated with Selene, Titan goddess of the moon. This is what John Flaxman (6 July 1755 – 7 December 1826) which was an English sculptor and draughtsman translated from the Iliad(Hom.Il.24.15.) while he was making the illustrations for those books. From one of those illustrations, probably the carved took his inspiration, as you can see from the picture above the drawing is very similar to the carved subject, the original drawing is in the University College of London.   "Achilles dragging the body of Hector | il439flax: "Neither would he fail to mark the Dawn, as she shone over the sea and the sea-beaches, but would yoke beneath the car his swift horses, and bind Hector behind the chariot to drag him vital; and when he had haled him thrice about the barrow of the dead Patroclus, he would rest again in his hut, but would leave Hector outstretched on his face in the dust. But Apollo kept all defacement from his flesh, pitying the warrior even in death, and with the golden aegis he covered him wholly, that Achilles might not tear his body as he dragged him." (Hom.Il.24.15. John Flaxman (1755 – 1826)."